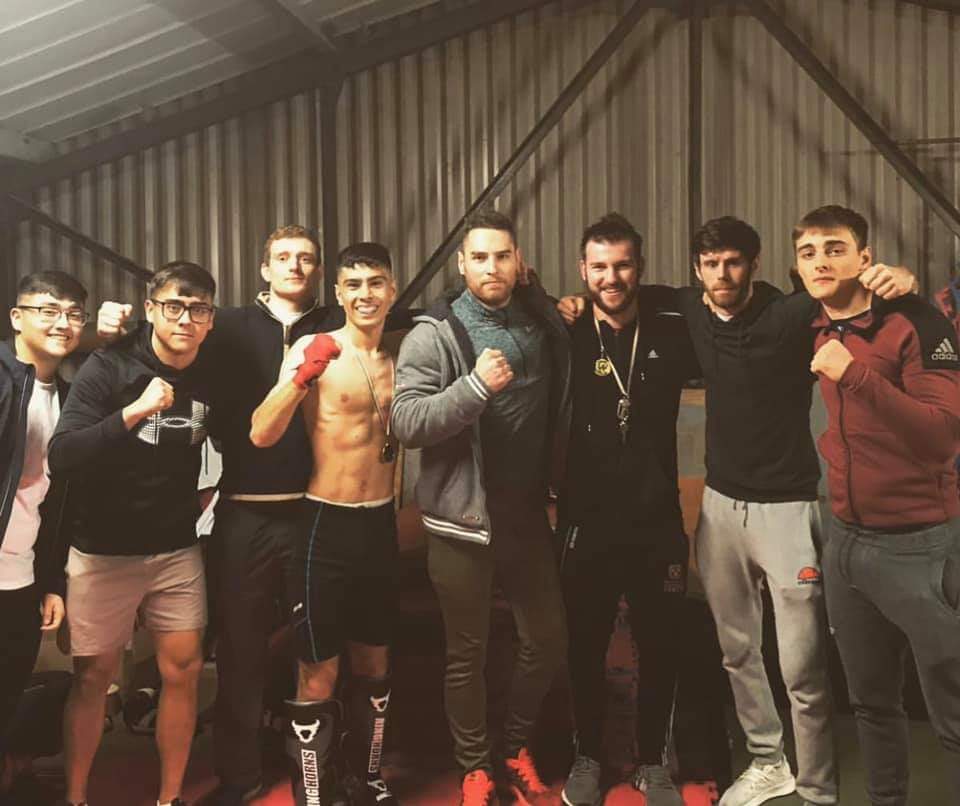 SharkBait MMA based in Catherine Street, Limerick is our IMMAA featured club of the week. Established in 2008 by former head coach Ger Healy as Limerick Combat Gym and renamed in 2013, the club is now run by professional mixed martial artist Thomas Moore, striking coach and mixed martial artist Evan Brophy and Brazilian Jiu Jitsu black belt Lukasz Sowa. The name SharkBait refers to the practice of providing an athlete with ‘fresh meat’ meaning rested opponents during a ‘shark tank’ training method in the lead up to a fight.

Ger Healy set up Limerick Combat Gym after coming from a background in TaeKwonDo and training in Brazilian Jiu Jitsu with Fergal Quinlan in the early 2000’s. Having raised a generation of fighters he retired from MMA in 2018 and passed down the running of the club to his students.

Evan Brophy and Thomas Moore have kindly taken the time to provide us with an insight into the club’s history, progression and plans for the future.

Evans’ introduction to martial arts began at 18 years old when he began training at St Munchins boxing club as he felt the need to learn a means of defending himself in the event of an attack. He instantaneously fell in love with the sport and after his first year of training moved to St Francis Boxing club where he began to compete in amateur boxing bouts and even won a Munster amateur boxing title. Satisfied with his progression in boxing Evan started to seek out a more challenging venture to test himself further both mentally and physically. In 2012 he joined SharkBait MMA where he began to learn and develop grappling skills and competed in three amateur MMA bouts including winning the WCFC welterweight title belt in December of 2015. Since embracing his new role as the SharkBait MMA striking coach in 2018 Evan takes great pride in watching the progression of the students and seeing them grow in confidence as well as abilities.

After training in self defence classes consisting of a combination of Judo and Japanese Jiu Jitsu for 9 years at Waza Kai Jiu Jitsu in Limerick Thomas felt the natural next step for his progression in martial arts training was to begin MMA training at SharkBait MMA under Ger Healy back in 2012. He made the transition from Japanese Jiu Jitsu to Brazilian Jiu Jitsu and with a rather strong grappling background began to work on improving his striking abilities. Thomas went on to compete in 10 amateur MMA fights and won the West Cage Fighting Championship Featherweight title belt before travelling to Canada to train in the world renowned Tristar gym located in Montreal which has produced world class MMA stars including Georges St Pierre, David Loiseau and Kenny Florian. After returning to Ireland Thomas made the decision to advance to the professional ranks within which he had two fights in 2017 giving him a professional record of 1 win and 1 loss.

Thomas began coaching MMA classes at SharkBait MMA in 2018 and has thoroughly enjoyed and embraced his new role within the sport. He claims “It’s amazing to watch the development of our students, they have some great potential and I’m really looking forward to seeing their progression in the sport.” He also states that he finds the achievements of his students incredibly inspirational and has even seen three members who joined the club weighing 108kg, 112kg and 113 kg and through their training at SharkBait MMA have now all slimmed down to weigh between 70-75kg.

When questioned about the clubs greatest achievement thus far Thomas and Evan both recalled the WCFC event in Nenagh, Tipperary in December of 2015 where all 4 SharkBait MMA fighters on the card won their bouts including a Featherweight title belt victory for Thomas and Welterweight title belt victory for Evan which were both won via unanimous decision.

Speaking of what lies in store for the club in the future Thomas claims that they have some very promising young prospects who have all demonstrated particularly dominant performances at the novice MMA open events and will be making their amateur debuts on the Irish MMA scene very soon after lockdown has been lifted and he is hopeful that these new up and coming athletes will drive the skill of the club forward as a whole, while he himself plans to compete at least once or twice more before retiring from fighting. Evan stated that he is looking forward to watching the club and it’s members progress and build a strong reputation amongst the Irish MMA community claiming “We are a small club and don’t have many of the same facilities and equipment as the bigger clubs and franchises but what we do have are some extremely talented and hard working athletes. Nobody here is in it for the glory or flashy photos for social media, everything we do is done for passion and love for the sport. Our lads are going to prove that you don’t need the fancy gear or equipment to succeed in MMA, all you need is the will to fight and a strong supportive team in your corner.”

Thomas and Evan both expressed that SharkBait MMA are very proud to be members and supporters of the Irish Mixed Martial Arts Association as it is so important for our sport to be appropriately represented and regulated in order to obtain the national recognition which it deserves. The Irish Mixed Martial Arts Association would like to extend our appreciation to Thomas, Evan and the rest of SharkBait MMA for their ongoing support and contributions to Irish MMA, we look forward to watching their progression as a team and wish them nothing but the best of luck in the future.